Why Do We Eat Ham at Christmas?

With so many choices for a festive meal centerpiece, eating ham for Christmas seems a little blasé. Featured as the centerpiece of the prototypical Dickensian Christmas, it’s said to have its roots in ancient pagan ritual. Supposedly, the tradition started with the Germans, who wanted to appease the god, Freyr.  He was the god of fertility, harvest, and boars.  Paganism also offered many traditions for Christianity, including Christmas trees.  And so, the tradition of the Christmas ham was born.  When pagans were converted to Christianity, the porcine meal became linked to St. Stephen, whose feast day is December 26th.

Americans purchase an estimated 318 million pounds of ham around the holidays. Ham is a specific cut of meat from the pig – the thigh. Ham is technically pork, but a specific cut of pork, whereas pork is just pig meat in general. My family always had ham at Christmas time. It’s one of our traditions

Growing up in a farm family, my Dad and uncles butchered our hogs just after Thanksgiving.  Butchering was done in the colder months so they could work the meat outside in what amounted to a big freezer.  Slabs were cut from the belly to be cured as bacon and the hams were cut out whole, hung on hooks in the smoke house, and set with salts and spices to “cure” for several weeks. These cuts were ready to eat just before Christmas. The cured meat also was preserved for the winter. When someone wanted to cook a slice of ham, they went to the smoke house with a large knife and cut the slices right off the hanging ham.

Ham, bacon, pork chops are some of the comfort foods we grew up eating.  We raise Berkshire hogs at Evermore Farm, in part, for the quality of their hams.  Tasty pork was never the “other white meat”.  Great pork flavor wells up from the marbling, particularly in the hams, and has a smooth almost buttery mouth feel and taste.  We hope all your holiday meats have this same satisfying flavor and quality. If in doubt, try serving a Berkshire ham this Christmas.

About the Author: Ginger Myers

Ginger Myers was born and raised in Franklin County, Pennsylvania. Her family left their farm in Mercersburg when she was only six years old, but she spent many Sunday afternoons and summers with her cousins working and learning on their family dairy farms. Along the way she became inoculated with the farming “bug”. She is a proud Penn State graduate. It was while working as a Field Agent for the Pennsylvania Guernsey Breeders Association that she met and married John Myers, a third generation dairy farmer. They began their married lives as dairy farmers on John’s paternal grandfather’s farm, but that was not to last. While not always actively farming, they’ve both always worked in fields related to agriculture. They have been sweethearts, best friends, and life partners for more than thirty years. Ginger established and operated a wet-chemistry testing lab for 10 years that specialized in analyzing feed and forages. She worked as an Ag Marketing Specialist in Economic Development in Howard County, Maryland, for 8 years, and is the State Marketing Specialist for Ag and Natural Resources with the University of Maryland Extension. She has had the privilege of working closely with several NESARE projects, served on the Maryland State Agriculture Commission, and has been a longtime member of Future Harvest CASA- serving four terms on its Board of Directors. John and Ginger have made lots of great friends working in agriculture and as producers. Evermore Farm is their ardent effort to “walk the talk” about the viability of diversified, sustainable small farms. However, both agree that their best “crop” is their children, Susan and Andrew. Both are now married with wonderful partners and have children of their own. Family is our greatest joy and serves as “True North” on the farmer’s compass. 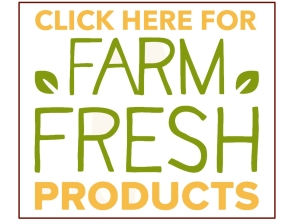